Think dauphinoise or layered tray bake, but fancied up a bit. Layers of kumara, potato and sauce soubise, baked inside a butterkin. Top it with a crown of thinly sliced potatoes and this humble dish dinner becomes party worthy. While purple potatoes or kumara don’t taste any different than their pale counterparts, the colour contrast makes layered baked butterkin look more interesting.

Depending on the size of the butterkin, kumara and potatoes the amount you’ll need will vary.

Put a large pot of salted water on to boil.

Wash, peel and slice kumara and potato 2-3mm thick, use a mandolin with a guard if you have one.

To make a sauce soubise – peel and finely slice the onion. Melt the plant-based butter in a pot and cook the onions for 10-15 minutes over a medium heat until they soften (not brown).

Stir in the flour and cook for a couple of minutes, slowly pour in the oat milk. Keep stirring while it thickens, take care that it doesn’t catch on the bottom of the pot.

Chef’s Tip: For a traditional sauce soubise, you would puree or sieve the onions, but I like to leave them whole for texture for this recipe.

Season to taste with sea salt, ground white pepper and a pinch of nutmeg.

In to the pot of seasoned boiling water, drop the large sliced potatoes for 2-3 minutes, this is because the slices kumara bakes much faster. After the 2-3 minutes remove the potatoes from the water.

Start layering the kumara and potatoes, 2-3 layers of each with sauce Soubise in between. Press down on each layer, it will help hold it together when it’s finished baking.

Top the filled layered butterkin with a rosette of thinly sliced small potatoes, for an extra crispy finish you can glaze with a little oil.

Bake in the pre-heated oven for 40-60 minutes, or until baked (test with a skewer inserted in the centre if you’re unsure). 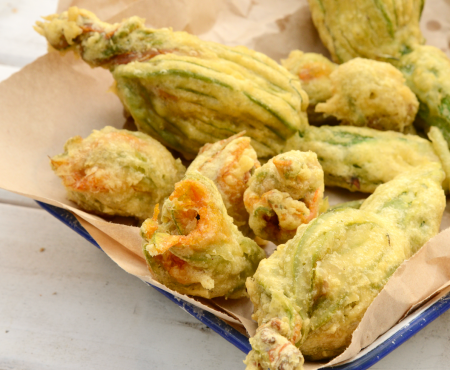