You might be thinking that Mock Whitebait Fritters are a modern adaptation of this Kiwi classic, but a version of this recipe has appeared regularly in editions of the Edmonds Cookery Book since the 7th edition (1952).

I loved these as a kid, eating them for Sunday lunch at my best friend Angela’s house, I never questioned what real whitebait fritters were, it didn’t matter; I loved Mock Whitebait Fritters. Slightly different every time, but always delicious. My Mock Whitebait Fritters are a little potato fritter in an egg(less) batter, nori for a hint of the sea and poppy seeds for eyes – an idea from Peter Gordon’s version of this recipe.

Makes mini fritters for canapes, or larger fritters for 2 people lunch. Serve with Tartare Sauce or just a squeeze of lemon

In a medium-size mixing bowl, combine potato flour, nutritional yeast, baking powder, salt and pepper with oat milk and whisk into a smooth batter, set aside.

Bring a large pot of salted water to the boil.

Wash peel the potato. Put a lengthwise cut halfway through the potato, imagine you’re going to cut it in half, but stop at the middle. Spiralise the potato using the larger of the spiral cutters (not the ribbon cutter.

Blanch potatoes in boiling water until just cooked, rinse in cold water to stop the cooking and dry.

Season potato with salt and nori.

Fry fritters, turn over when the batter is set. 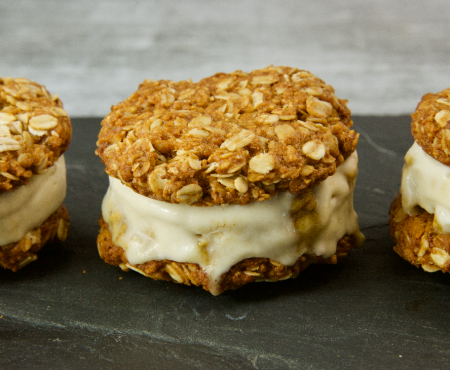